Today it was cloudy and 40 degrees when we left for the woods. The snow was soft and mushy, and it was still icy in places underneath. The streams were full of slush. We missed our friends Isla and Ian, but still had an excellent Forest Day.  I am impressed by these Kindergarteners ability to dress for the woods, their naturalist skills outside, and their persistence hiking through wet snow wearing snowpants and Grundens. The sun came out in the afternoon as we walked back in, bringing beautiful light to the end of our time together. We sang “Mr. Sun” as we walked back. And we heard the chickadees singing their “Spring Soon!” song as we left the woods!

Paisley’s Forest Plan: “I will see a bird and bird tracks.” Paisley did an excellent job labeling her picture and writing a letter for each word in her sentence. 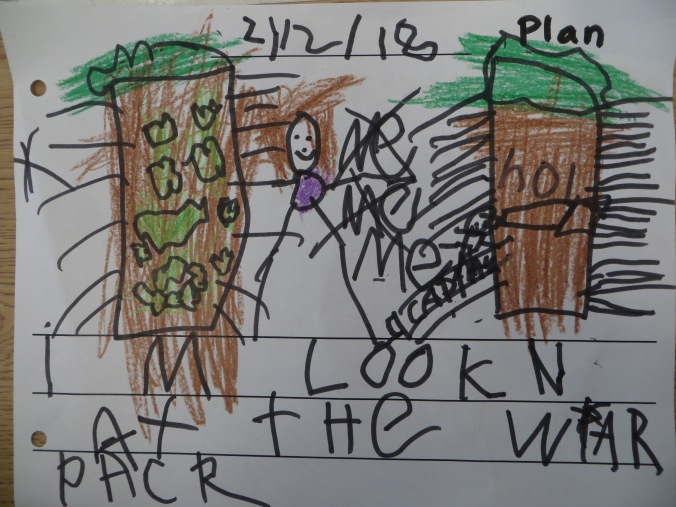 Avery’s Forest Plan: “I am looking at the woodpecker.” Avery is working hard on keeping her handwriting neat. She drew a lot of details in her pictures, including the woodpecker and the hole it pecked through the tree. She drew moss on the other tree. 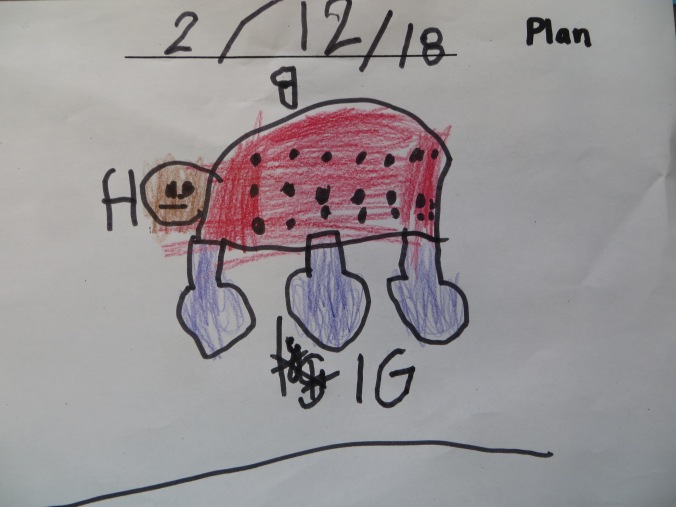 Willow’s plan was to find a ladybug. She labeled her picture with the sounds she heard: “Ladybug,” “head,” and “back.” 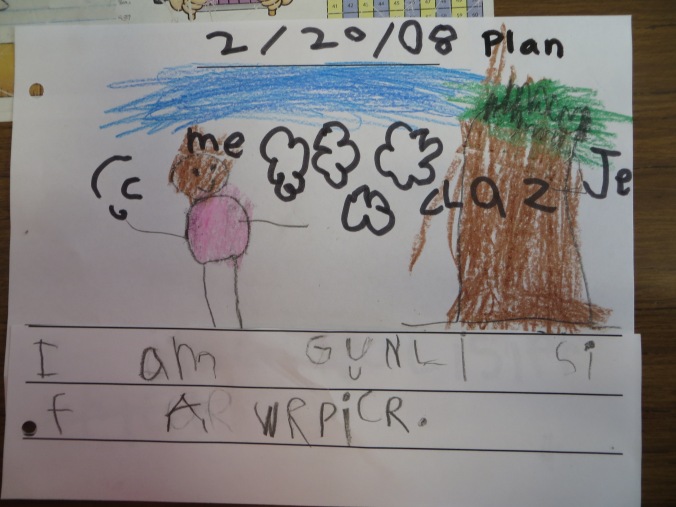 Charlotte wrote: “I am going to listen for a woodpecker.” She put spaces between her words and learned to spell the word “am.” 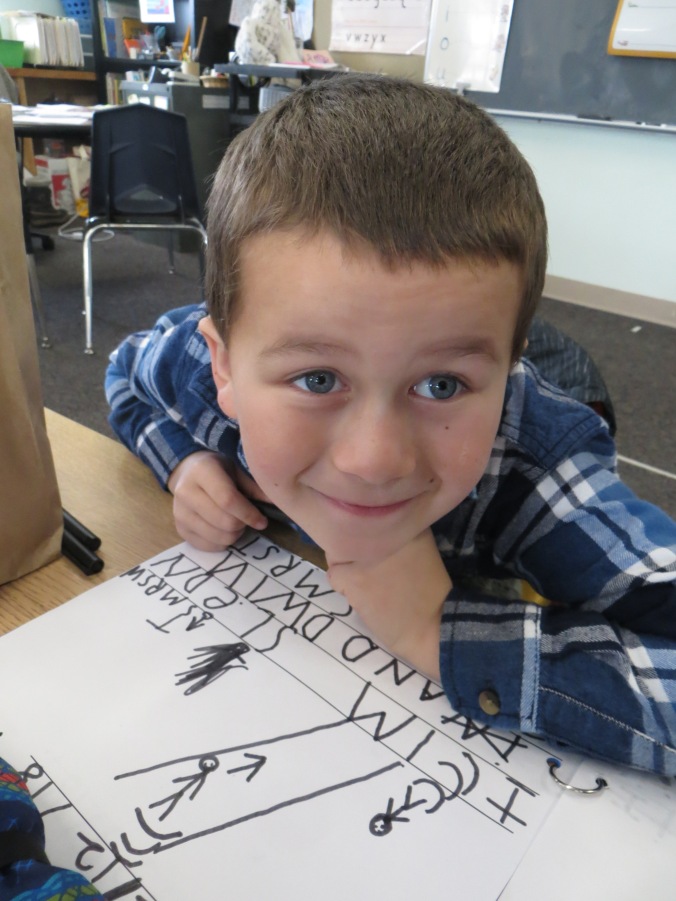 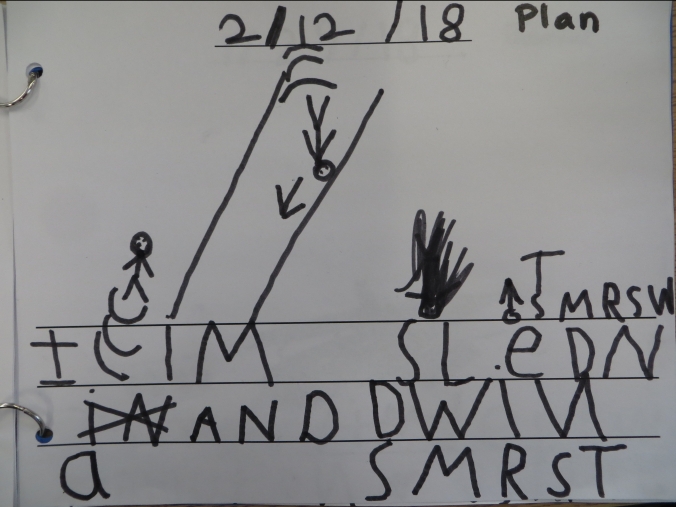 Dakota’s Forest Plan: “I am sledding and doing a somersault.” His picture clearly matches his words and he used spaces between his words.

Josie was a First Grade Leader. She played in the woods with us.

We were all hiking to the woods. It is always really long and tiring. But do we give up? No!

Dakota was hanging on his tree in his Sit Spot. He was swinging. 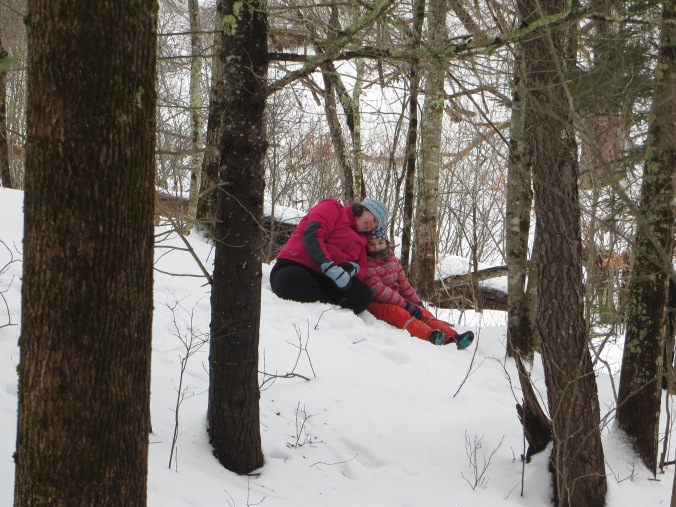 Here is Avery and her mom, Mrs. Johnson. Avery was in her Sit Spot and she was leaning against her mom.

Here is Willow in her Sit Spot. She was laying down with her stick. She was listening for a woodpecker. 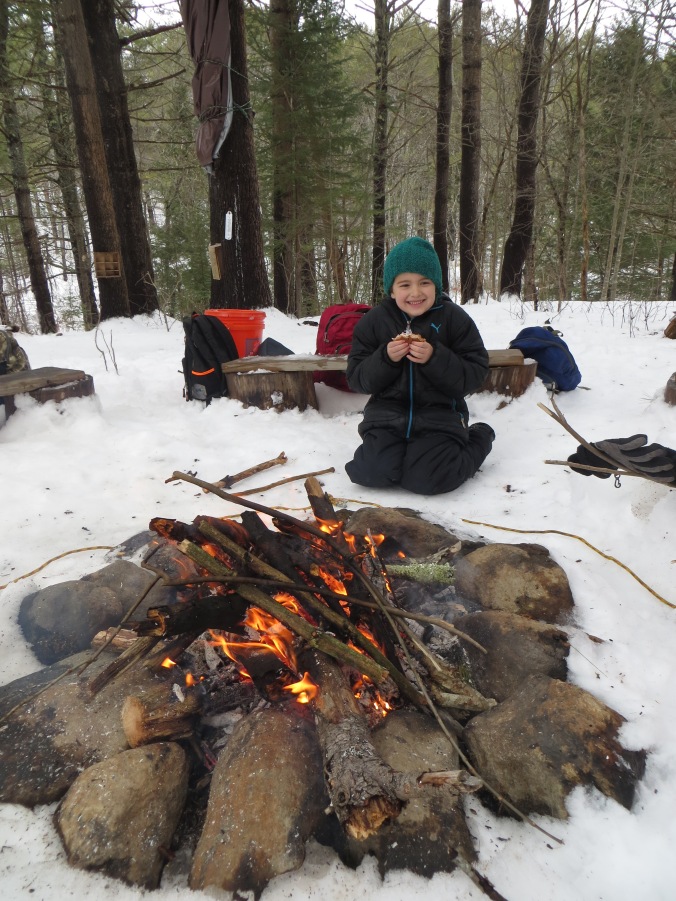 This is Ricky, another First Grade Leader. He was eating his sandwich by the fire.

These two girls were looking up in the tree at something. They thought it was a beehive. 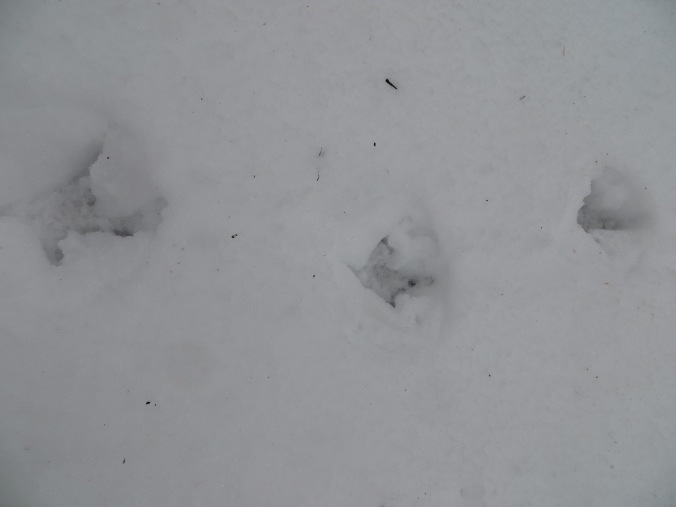 These are turkey tracks. We can tell because they have three parts.

Paisley and Ainsley were rolling down the hill and having fun. Henry and Gregory did it later and he ran and kept on slipping down.

These are woodpecker holes. They were looking for bugs in the tree to eat.

Henry, Gregory, and Dakota were playing rescue deer on top of the roots. If an animal tries to kill a deer, the deer rescue team would shoot the bad animal. And then the team would go get the deer to rescue it. 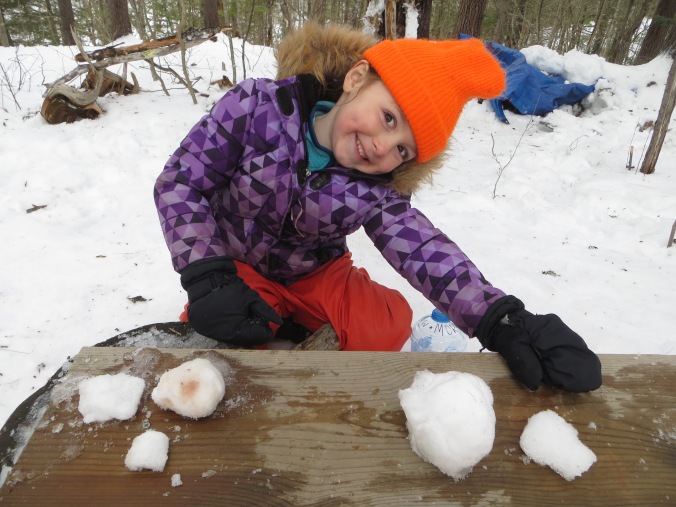 Willow is doing some math work with snowballs. We are working on subtraction. We took apart a group of snowballs. Willow took apart 5 to make 2 and 3.

Avery was climbing on the big pine and she was way on top of the branch. She felt a little bit scared but she liked it. She was standing up straight with no arms holding on.